A proposal she won’t forget

Where to go in Italy for a winter spa break

Best art exhibitions to see in Italy this winter 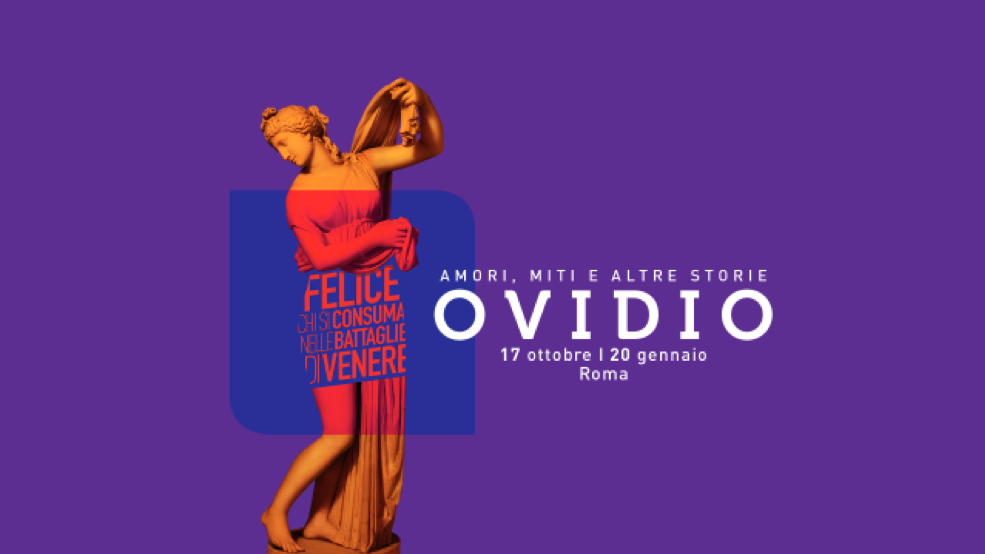 OVIDIO. LOVES, MYTHS AND OTHER STORIES

Over 200 works including frescoes and ancient sculptures, precious medieval manuscripts and paintings of modern age will accompany the story of the poet’s life and the themes at the core of his writings: love, seduction, the relationship with power and myths.

Inside the exhibit halls of the Scuderie in Rome, different itineraries will unfold between works, words and laboratory experiences. A rich program of meetings, readings and insights will allow you to discover and rediscover the complexity of the Ovidian universe. 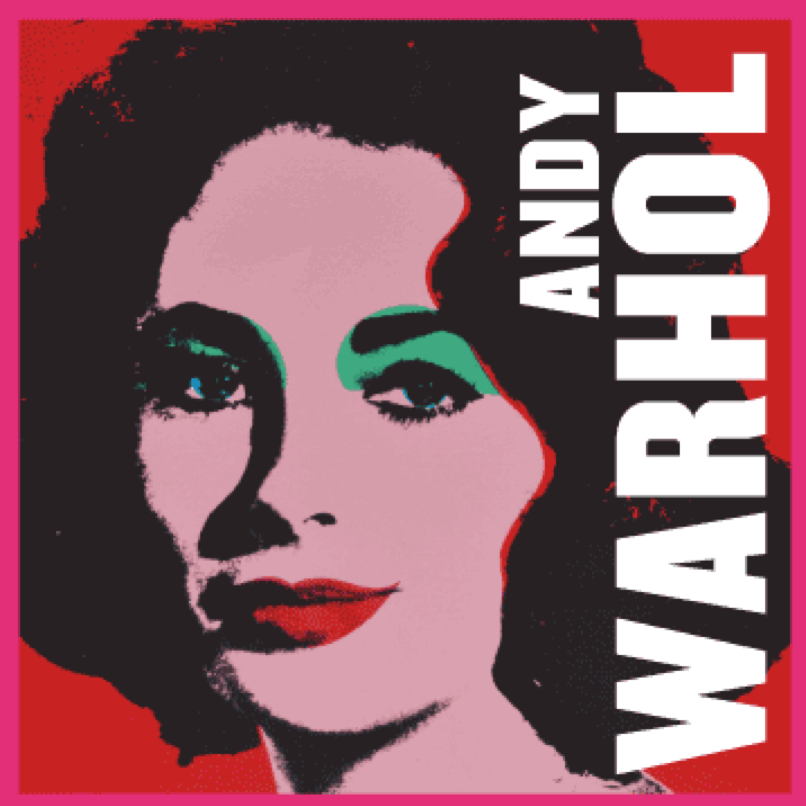 Featuring over 170 works, this exhibition traces the extraordinary life of one of the most acclaimed artists in history and attempts to define the ‘essence’ of Warhol’s art, marking the 90th anniversary of his birth. 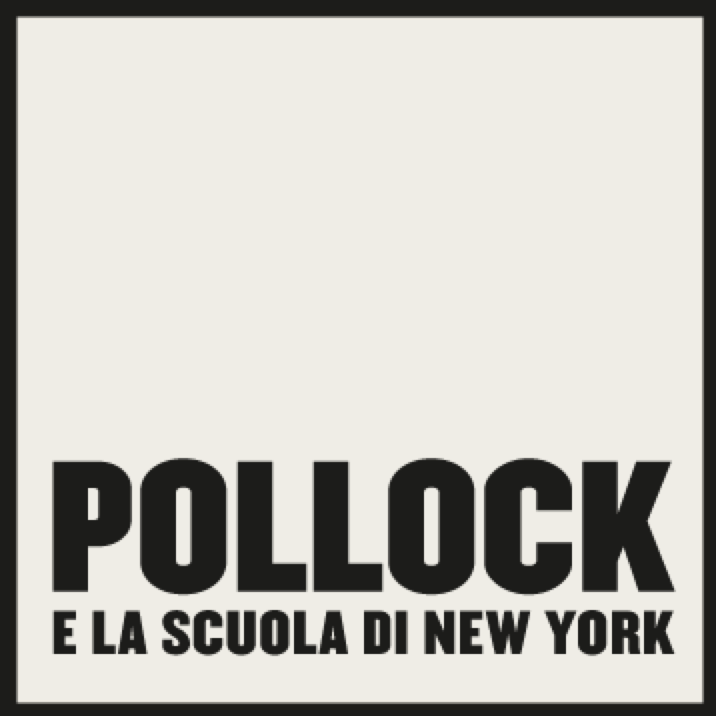 This exhibition is dedicated to Jackson Pollock, marking the 90th anniversary of his birth, Mark Rothko, Willem de Kooning, Franz Kline and many other representatives of the New York School welcome one of the most precious members of the Whitney Museum collection in New York.

Palazzo Strozzi in Florence is hosting Italy’s first ever major retrospective devoted to Marina Abramović. One of the most celebrated and controversial figures on the contemporary art scene, a woman who with her works has revolutionised the very idea of performance art, putting her body to the test probing her outer limits and her potential for expression.

The event takes the shape of a mesmerising retrospective bringing together some 100 artworks by the artist, offering visitors an overview of the most celebrated works in her career stretching from the 1960s to the 2000s with videos, photographs, paintings, objects, installations and the live re-performance of her celebrated performances by a group of performers specifically selected and trained for the show. 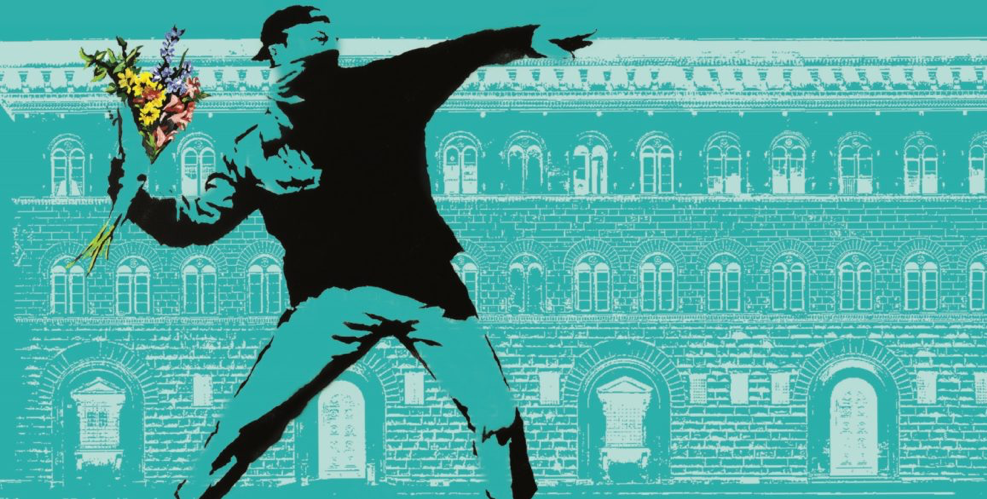 BANKSY – THIS IS NOT A PHOTO OPPORTUNITY.

The anonymous British artist and writer, considered one of the leading artists of contemporary street art and beloved by younger generations, is celebrated with an exhibition of 20 iconic images.

THE ART OF BANKSY. A VISUAL PROTEST

Banksy, a British artist and writer whose identity is still unknown, is considered one of the leading representatives of contemporary street art. His works are often laced with satire and deal with universal subjects such as politics, culture, and ethics. The shroud of mystery that, by choice and out of necessity, is perpetuated when we talk about Bansky has turned him into an absolute legend of our day and age. 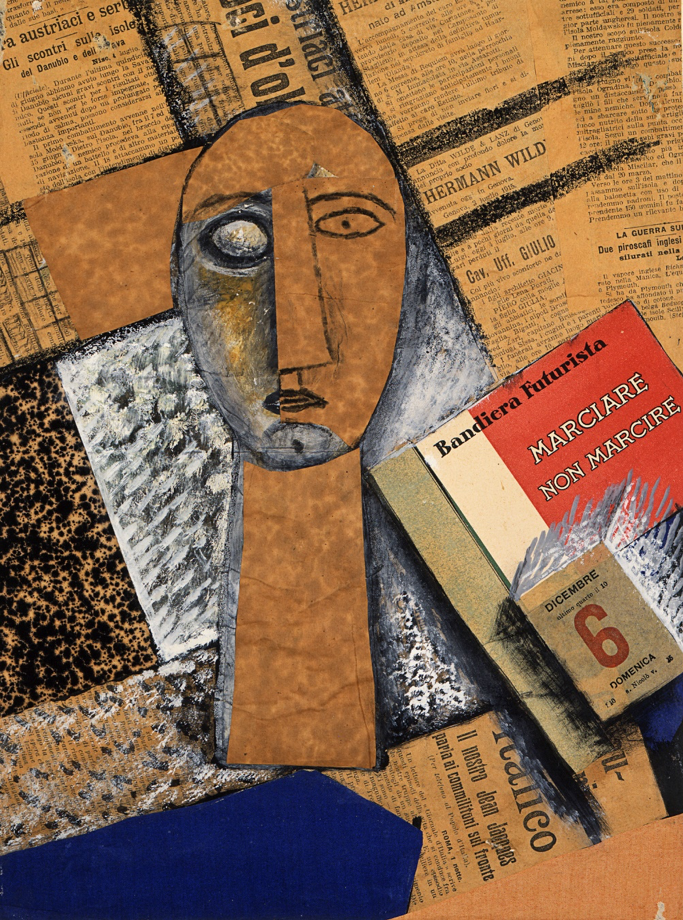 Thirty years after the last retrospective dedicated to the artist at Palazzo Reale, the exhibition traces the Maestro’s prolific artistic career through his most significant works: from his divisionism experiments to the great masterpieces that made him one of the greatest artists of Futurism and Metaphysics, along with paintings ascribable to ‘plastic values’, his landscapes and still live paintings that attest his return to reality in the 1920s, not forgetting his great compositions of figures dating back to the 1930s. 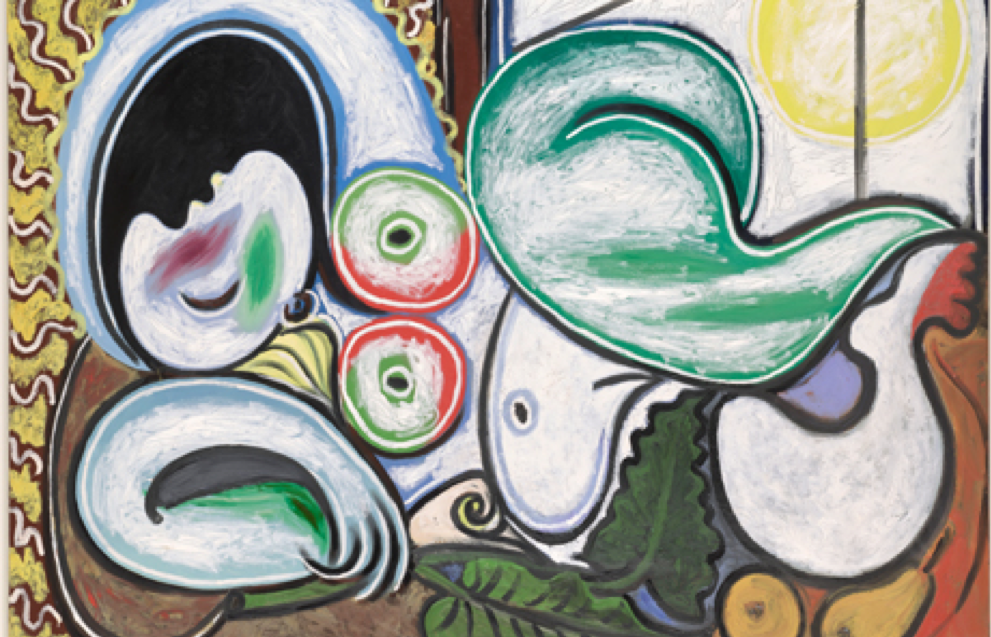 This exhibition is dedicated to the multifaceted and fruitful relationship that the Spanish genius has developed, throughout his extraordinary career, with myth and antiquity. It proposes the exploration from this particular perspective of its intense and complex creative process. 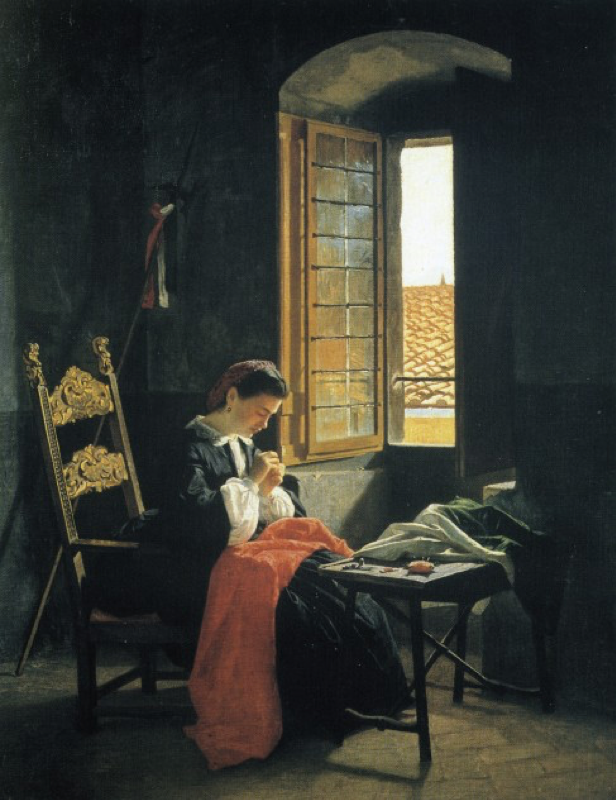 I MACCHIAIOLI: Italian art towards modernity

The exhibition focuses on the antecedents, birth and highly successful debut period of Macchiaioli painting, spanning the experimentation of the 1850s and the masterpieces of the 1860s. For the very first time, the GAM in Turin is exploring in depth the artistic dialogue established between Tuscany, Piedmont and Liguria through research from life. 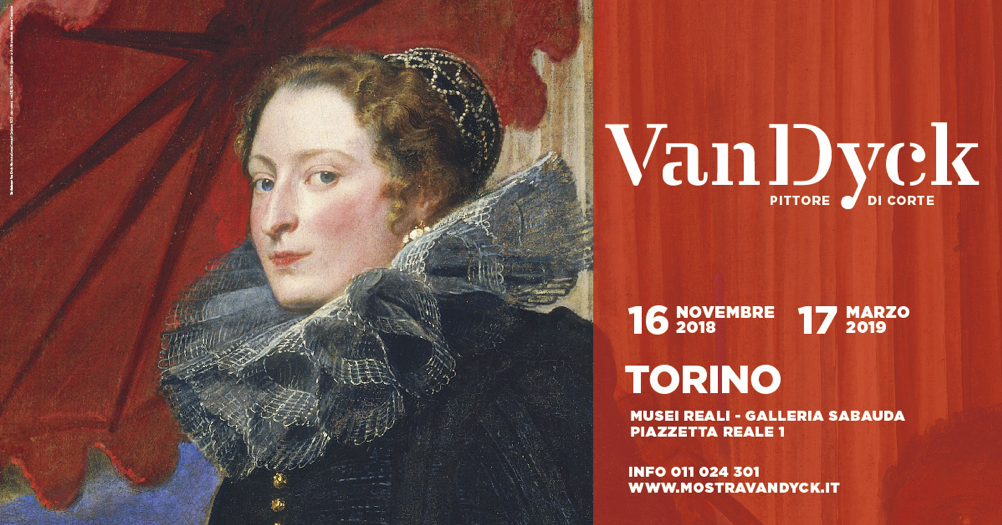 A unique exhibition on Anthony van Dyck, the great Flemish painter who revolutionized 17th-century portraiture. He was also an internationally famous personality, refined gentleman, charming conversationalist, brilliant artist and official painter to the most important European courts. The exhibition aims to reveal the exclusive relationship the artist enjoyed with Italian and European courts, through the four sections comprising 45 canvases and 21 engravings on display.

Considered the ‘father of realism’, French artist Courbet said nature was his main source of inspiration, and two-thirds of his works are nature scenes, panoramas and rural landscapes. The exhibition will present about 50 works coming from some of the most important international museums and lead the visitor through an exciting itinerary. From the views of his native Franche-Comté painted in his youth, to the spectacular seascapes, often tempest tossed, to the mysterious grottos where springs bubble forth in Karst caves before widening into streams, from sensual nudes immersed in lush greenery to striking hunting scenes, to the powerful masterpieces of his maturity. 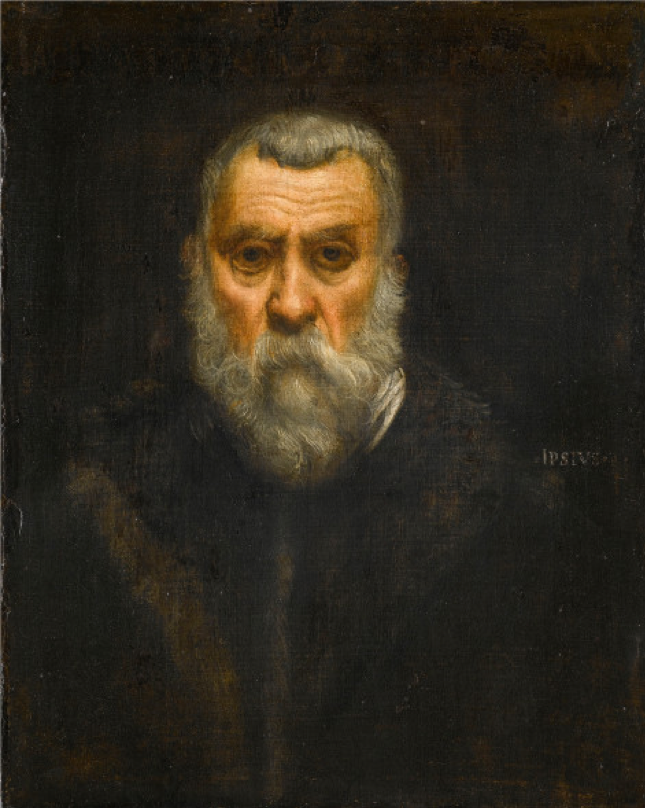 The exhibition celebrates the 500th anniversary of the birth of the Venetian painter Jacopo Tintoretto, one of the giants of sixteenth-century European painting. The itinerary in the Doge’s Apartment contains fifty autograph paintings and twenty drawings by Tintoretto, lent by great international museums, together with the famous cycles painted for the Doge’s palace between 1564 and 1592. 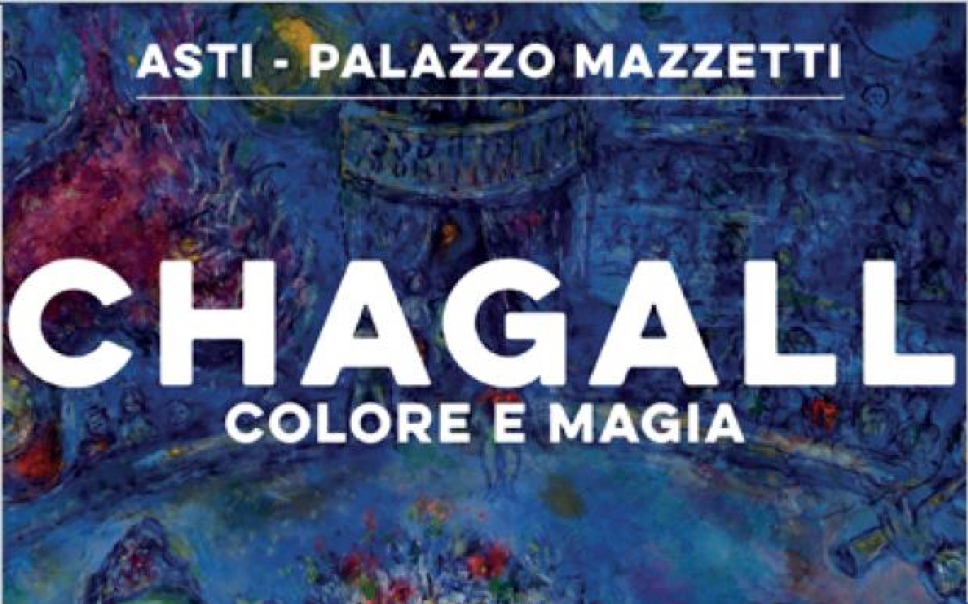 The exhibition structure follows chronological order and at the same time focuses on the major topics of interest for the artist, from religion to love to his relationship with poets and war. In this exhibit we can see complex compositions where we can already see the completely new and unique universe created by Chagall; a poetic world, fantastic or dreamed, where everything is possible and mixes the memories of his youth and his innate sense of color with the geometry and the de-composition of forms of the avant-garde. 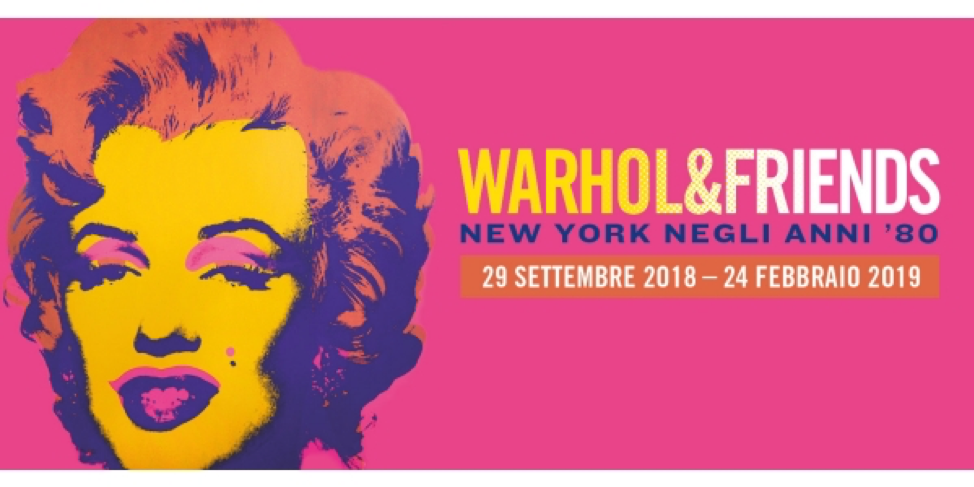 About 150 works telling about Warhol, his life and his production. Among stories of excess, transgression and worldliness, the protagonists of the lively artistic atmosphere of an ever-new New York like Andy Warhol, Jean-Michel Basquiat (this year marks the 30th anniversary of his death), Francesco Clemente, Keith Haring, Julian Schnabel and Jeff Koons.

The show not only features works by the visionary Dutch genius, so popular with the general public, but also a wide-ranging section devoted to the influence his creations have had on the creations of later generations of artists, from album sleeves to comics, advertising and cinema. A total of around 200 works, ranging from Escher’s early period to the present. 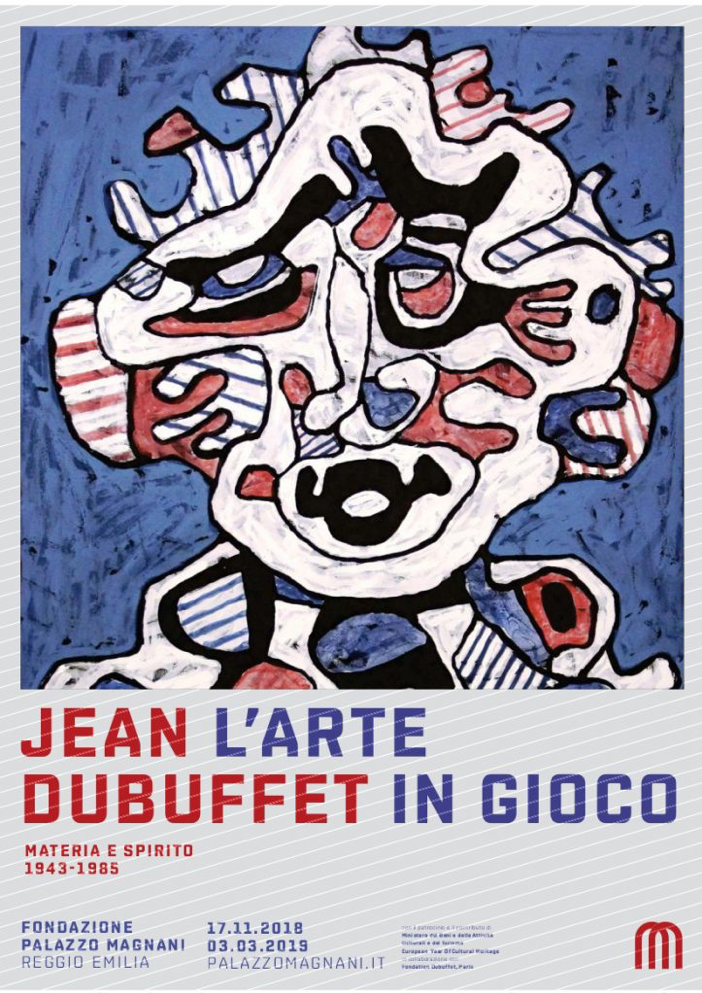 The exhibition explores the numerous creative cycles, the vast researches, the unpublished technical experiments of one of the most original and inventive artists, universal and multifaceted genius. On display 140 works including paintings, drawings, graphics, sculptures, artist’s books, musical, poetic and theatrical compositions. 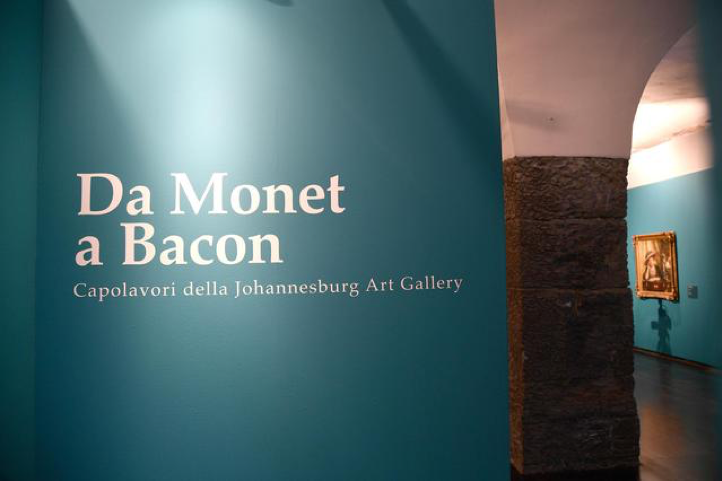 Palazzo Ducale hosts an important collection of masterpieces from the Johannesburg Art Gallery. The exhibition presents over 50 works, including oils, watercolors and graphics, which bear the signature of some of the main players of the international art scene of the nineteenth and twentieth centuries: from Edgar Degas to Dante Gabriel Rossetti, from Jean Baptiste Corot to Alma Tadema, from Vincent Van Gogh to Paul Cézanne, from Pablo Picasso to Francis Bacon, from Roy Lichtenstein to Andy Warhol and many others. 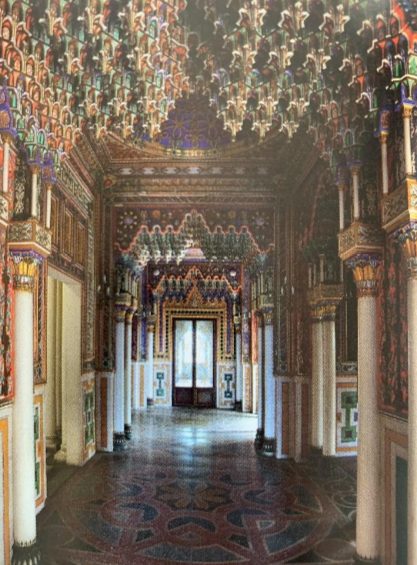 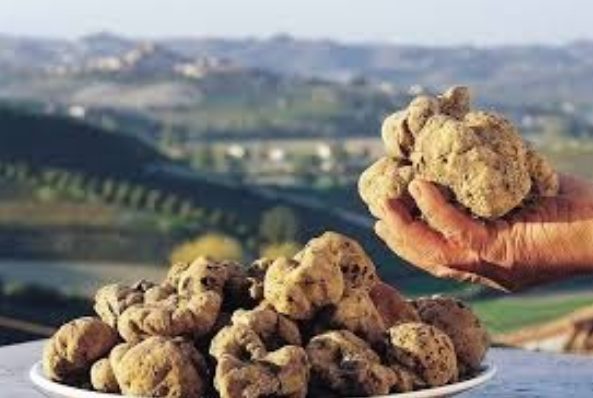